Stones are the focal point of this particular route. Some of them, such as those found at the site of La Fondota, in Abiego, bear the imprints of prehistoric creatures that died out millions of years ago. Others, meanwhile, take the form of contemporary monuments, such as the amazing steles that pay homage to the 20th century and which can be found in the section running through La Cabañera, close to Abiego. It was up this route that the fl ocks and herds of the flatlands climbed in the summer towards the high pasturelands of the Pyrenees.

Shaped by the able hands of the stonemasons of Romanesque times, certain stones took the form of strange masks, such as those that can be seen at the shrine of Treviño, in Adahuesca.

The stones at Crucelós stand testament to ancient fertility rites. When you reach this mound steeped in mystery be sure to throw a stone at it - as well as pleasing the dead, the offering will keep their spirits bound firmly to the earth. 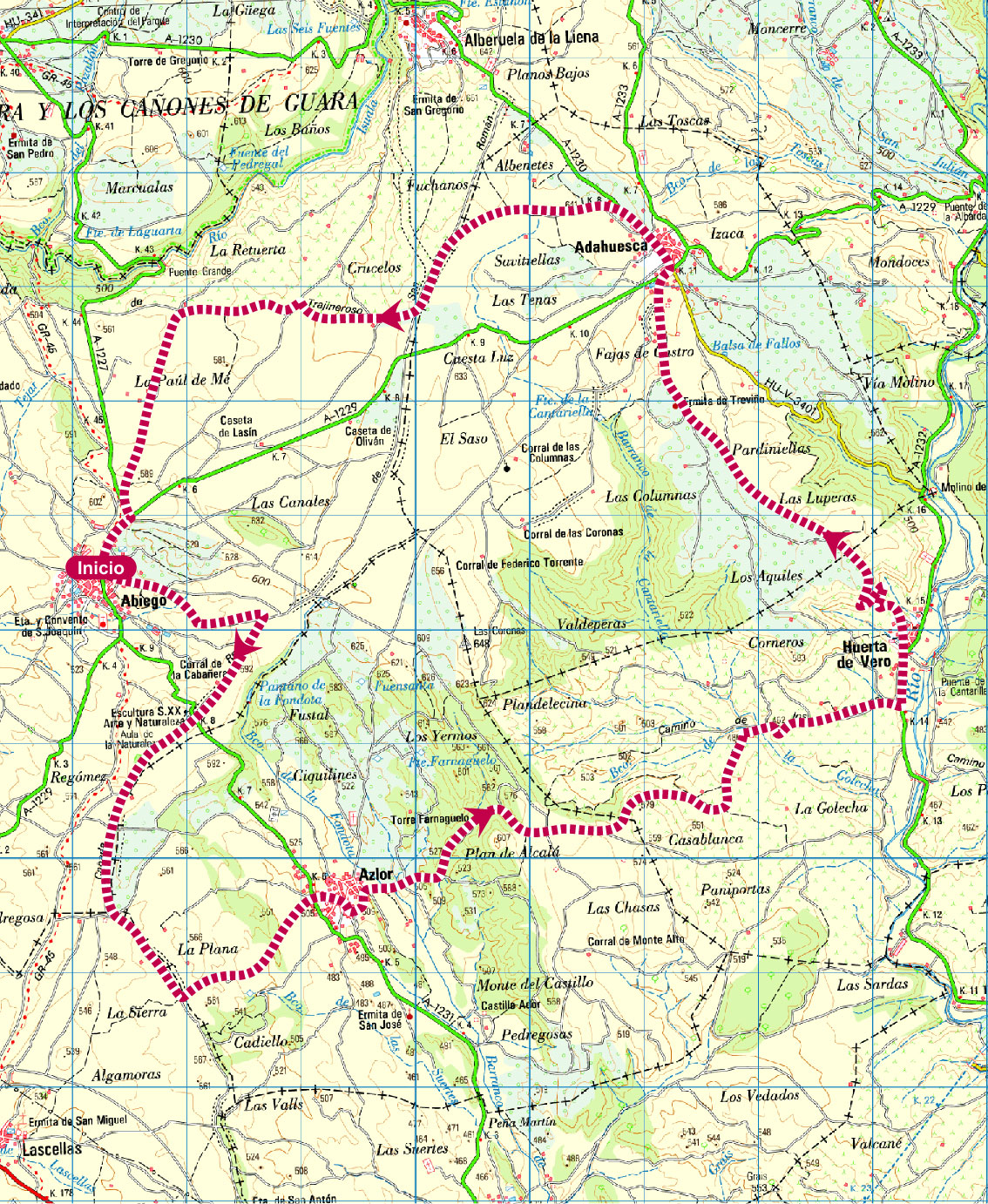 Banks of the Alcanadre route

Route around of the Sierra